ART TO MESS WITH YOUR HEAD!

Can you see the baby? Once you see it, you will hardly be able to see anything else, so look hard.

Do you see faces or people? Again: Look closely!

How many Horses can you find? There are 11. If you find 8 or more you have above average vision for detail.

My Dad's house from the road. Typical Florida : "slab" house. View into garage. Is it time for a McElveen move? Things like this open up a lot of possibilities. (No, I didn't get the house- Dad's Widow got it, and deserved it!!!!!) That is my wifey!


What a wonderful day to just kick back, take a deep breath and relax. The "official" start of Summer.

1. What was your best Summer Vacation ever?

2. What could/would you do this Summer to top it?

3. Is the Economy going to affect your Summer Vacation/Travel plans?
From the Mind of Full-On-Forward at 3:33:00 PM 5 comments:

LAWN AT MY DAD'S

MONICA AT THE DRY CLEANERS

MONICA LEWINSKY WAS IN A HURRY SO SHE RAN INTO THE DRY CLEANERS SHE FREQUENTED, AND YELLED, "MS. WONG, IT'S A STAIN ON MY DRESS!"

MS. WONG WAS IN THE BACK AND COULD HARDLY HEAR HER SO SHE SAID, "COME AGAIN?"


MONICA, RUNNING OUT THE DOOR YELLED BACK, "NO; I THINK
IT'S CHAMPAGNE THIS TIME!"

DAD WOULD HAVE BEEN SO PROUD!~

BLACK SNAKUS INTERUPTUS: look closely and you can see two sets of eyes. I think they were doing it. Plus I found a little tiny shed snakeskin condom there later!


Trip and memorial service one of the hardest, but one of the best things i've ever done and attended.

Will post details and write a little over the next few days, weeks as I go through the various stages. Heck. I may even stop at this point I feel so peaceful about it. But I imagine that day will come when a particular picture or memory will pop-up and the Emotions will pour!

Thanks for all who thought of us and prayed. You were felt and appreciated!

THE GOOD WITH THE BAD-HOW DO YOU REALLY FEEL?

BUTTERFLIES ARE FREE: AND SO IS MY DAD!~

I left home Friday at the usual time and I wish I could say I had "a feeling", something was different, I "KNEW IT", or I had received some type of psychic signal, but that would be a total lie. I went to work without any other than the regular thoughts and mental preparations for the day. As some of you know my Dad has been very Ill since right before the new Year. (See linked post if you wish).

When I got to work the phone rang at 11:30 and it was my wife. Uh oh, I thought, this can't be good. She never calls me at work since she knows we are so busy unless it's pretty important. We had talked to my stepmother last night- we call every day now, and dad was resting (in his Morphine induced state) apparently comfortably. He was not fidgety nor was he pulling at his catheter.

Mixed emotions: "He's in a better place, He's not hurting, He's with Jesus' "- all very nice words of comfort, and true------but F___ it- He's NOT HERE! What a contrast of emotions. He had no quality of life. We euthanize our pets far before they get to the state my Father was in. We as a society literally withheld food and water until he died of thirst and starvation, tied in his bed.

So I have mixed emotions. I haven't shed a tear yet, but it's not time. When it comes I'll cry like a baby. I'm not afraid to-it's not weakness, but it's just not quite the right time.

Grief is a funny little critter. If you have your parents: call them, if your estranged- make up...extend the Olive Branch. I did for 7 years before my dad took it and we had 9 or 10 awesome years together that we wouldn't have had otherwise. I'm going to Travelocity, Expedia etc. right now to get tickets. Work is awesome and I have about 7 or 8 days off with 3 paid Bereavement days.

DON'T BE AFRAID OF SILENCE: IT'S POWERFUL (& GOLDEN.)

The words of comfort above are well meant from friends and co-workers, I DON'T MEAN TO SELL THEM SHORT- I'VE USED THEM, BUT WILL CHOOSE CAREFULLY BEFORE i SAY THEM AGAIN.....but sometimes just a look in the eye and a big hug is all that needs to be said! I'll take both, because I know they are all well intentioned. It feels good to write it out also. I may write more when I get back- I may not. It just depends. But I know I can share it with you guys either way. You're special.

G'Bye for now- until we meet in Heaven ,Jack Henry McElveen.


Missed ya babe! Been busy...perhaps you've seen the Geico commercials????

Yeah, well, that's my cousin. But I'm cool too.

GOD BLESS AND A PHENOMENAL THANKS FOR ALL YOU MOTHERS OUT THERE. IF IT WERE UP TO MEN TO BEAR THE PAIN OF CHILDBIRTH THERE WOULD BE 96 PEOPLE ON PLANET EARTH!!!

GOD BLESS AND MAY MAY YOU KNOW THIS DAY HOW MUCH YOU ARE LOVED AND APPRECIATED.

We are seeing a few Positive Influenza "A" flu's at our Urgent Scare. These are sent to DEHEC who further test them to get a PRESUMPTIVE POSITIVE on N1H1 or a negative- reported as a "SEASONAL" an actual Flu A. The Presumptive Positive is then sent to the CDC in Atlanta where it is tested and confirmed whether or not it is SWINE FLU or N1H1, and the contact the patients.

This is about a 7 day turnaround. Meanwhile- you give the patient and anyone in their household Tamiflu and they are to stay home for 7 days! So duhhhhhhhhh...... if you have a fever of 102- feel like crap, coughing up a lung, and sometimes diarrhea with body aches and pains-----STAY HOME- for 7 days or until you have NO fever !!!!!

THE TAMIFLU BAKER MEDS WILL HELP, BUT HELLO- IT'S A VIRUS AND WILL RUN IT'S COURSE. Hand washing is key and covering your mouth when you cough. Isolation will stop this Pandemic and the little bottles of hand sanitizer are awesome. You need those all year long to wipe down the cats at Wally World or any store, as it has been shown that even feces has been cultured from the handles.

I know, appetizing isn't it. But Diaper changes must be done and some people are hygienically challenged. - Translation: dirty, and smell like shit!

Also, before we get too occupied with cleanliness, lets remember, small amounts of exposure to germs are necessary to buildup antibodies against a major attack. So if you are not IMMUNOCOMPROMISED: Leukemia, Cancer, HIV, AIDS etc...then you need some good ole White Blood cells that can Kick the Crap outta certain Bacteria and Virus's.

Working 2, 14-15 hour shifts, (that is what our 12's are running right now) on Wed and Thursday and then have 4 days off. Will prob post Friday and swing around and read everyone to Catch up.!

Love to you all.

COWS PISSED---PIGS GETTING ALL THE ATTENTION: SWINE FLU

Cows are mad. And rightly so says, M.R. Bull, self appointed spokesperson for Bovines everywhere. The Government can track down one cow, to the state, and stall for Mad Cow Disease but cannot pinpoint the Ground Zero Pig for the "Swine FLU". And they even changed the name to N1H1- sounds ACLU ish to me!

In a swift response the Government replied, 'We have tracked down the swine that was responsible for the outbreak of Swi---N1H1 in Mexico. We wanted to wait until all the relatives were notified via Ham operators before releasing his name. It seems one Arnold Ziffle of Hooterville, USA, now retired movie star admitted he first porked the chicken and then the Farmer--well details are sketchy here, suffice it to say Mr. Ziffle admitted to being the Middle Man in this possible pandemic. When told, Arnold replied, "I don't care how you say it- but PAN- demic doesn't sound too good to a Pig or a Chicken!"

News would have gotten out sooner but Mr Douglas could not get to the top of the telephone pole due to his bad hip to call and report the illness. Seems Uncle Joe did NOT catch the Swine flu as "He was movin' kinda slow!" Uncle Joe doesn't "catch" most anything theses days, said his 3 nieces from inside a Watertank in town.

WHO, said Horton, had not heard of the outbreak spokesperson for the World Health Organization replied. More updates as they become available from Petticoat Junction, Mexico.

Further reports blame the spread to the US, on Spring Breakers in Cancun. One of the early stages of the disease was profuse sweating: almost as if water had been poured on a thin tee shirt. With all those people packed into one area, transmission was inevitable. Another early diagnostic clue were women on top of men's shoulders, who flashed their breast while shouting Whoooooooooooooooooo! The WHO (World Health Organization) states that although they are just finding out about N1H1, stated they have heard of this type of outbreak in all areas of the world; and labeled it "College Girls Gone Crazy", in outbreaks as early as 1989. Now said Horton, "I personally will take a closer look into this Outbreak."

No deaths have been reported in the US, however a drastic decline in consumption of BBQ sandwich's, and Ham biscuits had dropped off dramatically. Stay tuned for further info and another PSO...right here on Full-on-Forward. 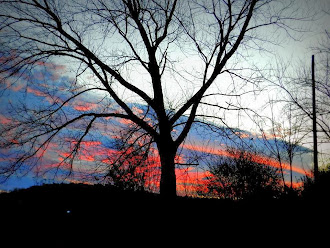 End of the Day

JOIN US WON'T YOU ? WE PUT THE DYS- IN FUNCTIONAL!